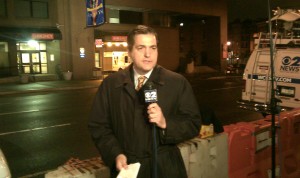 As Chief Corporate Communications and Investor Relations Officer at E*Trade, John Metaxas managed the external and internal communications of the Silicon Valley and New York-based internet financial services company in the year before and after the 9-11 tragedy. Crisis management included individually contacting all 5,000+ employees coast to coast in the aftermath of the attacks, fashioning employee communications regarding the emergency closing of all bridges in California, dealing with a hoax in which envelopes filled with white powder were delivered to the company mailroom, preparing press statements in the aftermath of an SEC settlement, preparing quarterly earnings statements in the aftermath of the dot-com crash and dealing with executive scandals.

As a journalist for three decades, John has covered newsmakers and corporations in the midst of their crises, including Bernard Madoff, Martha Stewart and Michael Milken. He reported on the Salomon Brothers trading scandal and interacted with Warren Buffett. He has closely watched presidential candidates, including Gary Hart, navigate the pressures of scandal, media scrutiny and political attacks. He has conducted journalistic investigations into the business dealings of Donald Trump and the background of Dan Quayle at the moment he was introduced to the American public.

John has trained executives in crisis communications, including plant managers at a chemical company that sought to prepare its employees ahead of any potential chemical spills. Conducting mock interviews, and then producing realistic news-style reports, John taught the managers how their statements would be portrayed in the media and suggested strategies for effective communications.